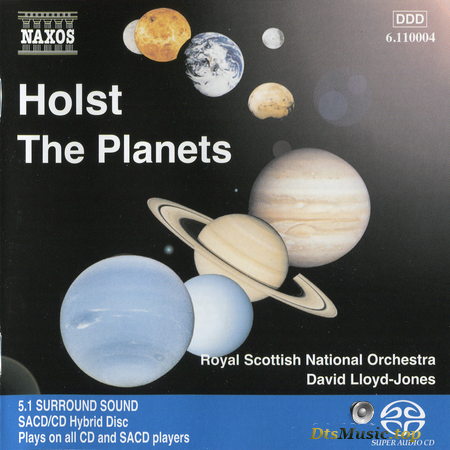 This version of Holst’s endearing masterpiece, “The Planets”, sounds very good in Naxos’ super audio 5.1 technology. I do not have the point one (subwoofer) hooked up in my house and assume, by listening to the recording in 5.0, that the timpani — which are already very powerful and forward placed — would be explosive if you listened in 5.1. The sound is very good otherwise, with wide ranging and natural orchestral body and timbre. It is not the best super audio sound I’ve heard but it is good and a big improvement over the stereo sound on the last version of “The Planets” I purchased, the one Berlin Philharmonic and Simon Rattle released last year.

The performance, by David Lloyd-Jones and the Royal Scottish National Orchestra, is one built on extreme contrasts. Lloyd-Jones has done everything in his power to contrast the loudness of the loud sections, such as “Mars”, against the quietness of the quieter sections, such as “Venus” and “Saturn”. While the timing for each section is in a normal range based on other recordings I have, Lloyd-Jones seems to proceed as (sic) a measured pace in the quieter sections because they are nearly silent in the hushed moments.

This makes for exciting contrast in your home, where the power of the opening Mars sequence — with timpani brought forward by the sound technology — makes the following Venus section a bit difficult to adjust to. This is not much of a problem when listening at home on a decent super audio stereo setup. However, when you listen in the car, you literally cannot hear the quieter sections. I turned up my car stereo as loud as it would go and still endured long stretches on nothingness that was uniquely frustrating in my experience. This doesn’t make it a bad issue, of course, but it means I won’t be listening to this one in the car.
01. Mars, The Bringer of War 7:03
02. Venus, The Bringer of Peace 8:31
03. Mercury, The Winged Messenger 3:59
04. Jupiter, The Bringer of Jollity 8:00
05. Saturn, The Bringer of Old Age 9:21
06. Uranus, The Magician 6:12
07. Neptune, The Mystic 6:53
08. The Mystic Trumpeter, Op. 18

09. Scena for Soprano and Orchestra * 18:52
(ed. Colin Matthews & Imogen Holst)
Donation to replenish the collection of the site and its further development
If there are no links - Click here - And write a link to the album. We will reupload file 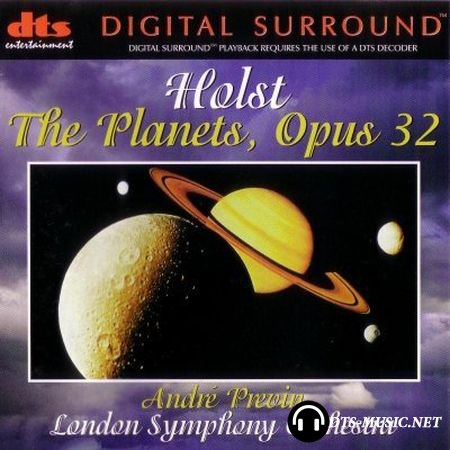 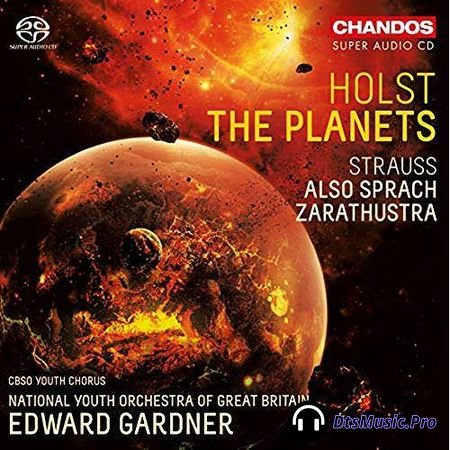 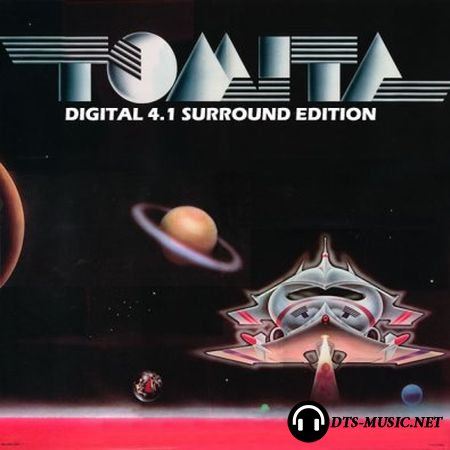 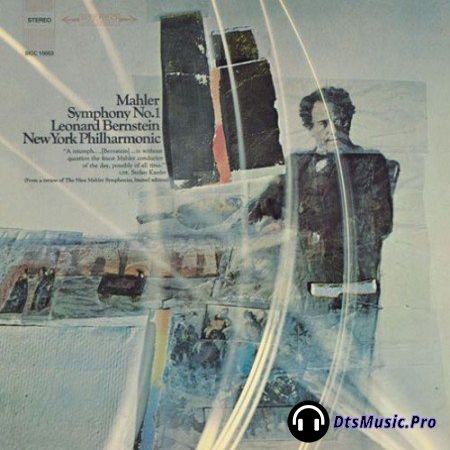